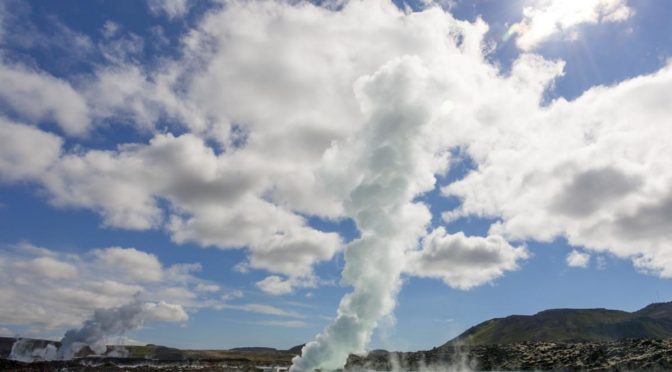 Iceland is well known for its abundant hot springs, geothermal pools and its use of clean energy. The country’s tradition of outdoor bathing dates back to the Viking age. This involved and basically still involves swimming in volcanically heated pools scattered all over the country. Some of these ancient pools still exist today and form a large part of the county’s main tourist attractions. These locations are perhaps Iceland’s best geothermal-heated pools. 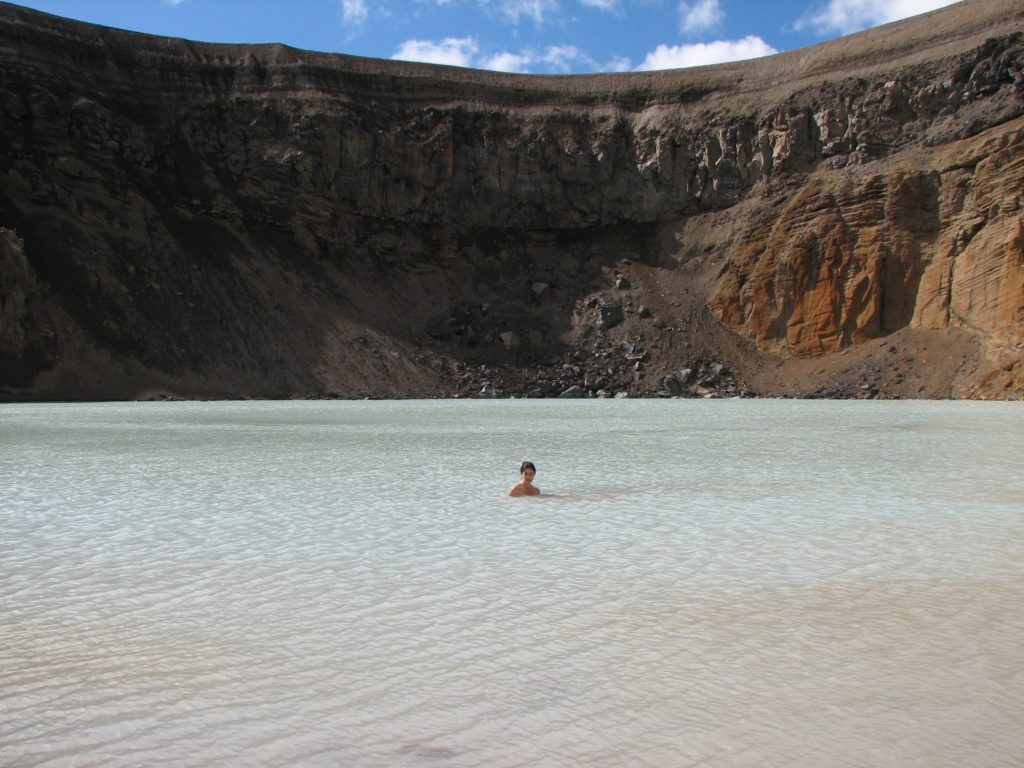 You will probably not end up visiting this one for various reasons. The pool is located in one of the country’s least inhabited interiors. Outside summer, the area is totally inaccessible due to flooding. The terrain is also marked with wreckages from numerous volcanic eruptions. However, pure adventurists would certainly enjoy the inhospitable Viti right on the lakeshore. Keep in mind though that the Viti crater once erupted and blew away debris to as far as Denmark –Not very encouraging-. Off with the scary part though, the water at the bottom of the crater makes for a fine swim. 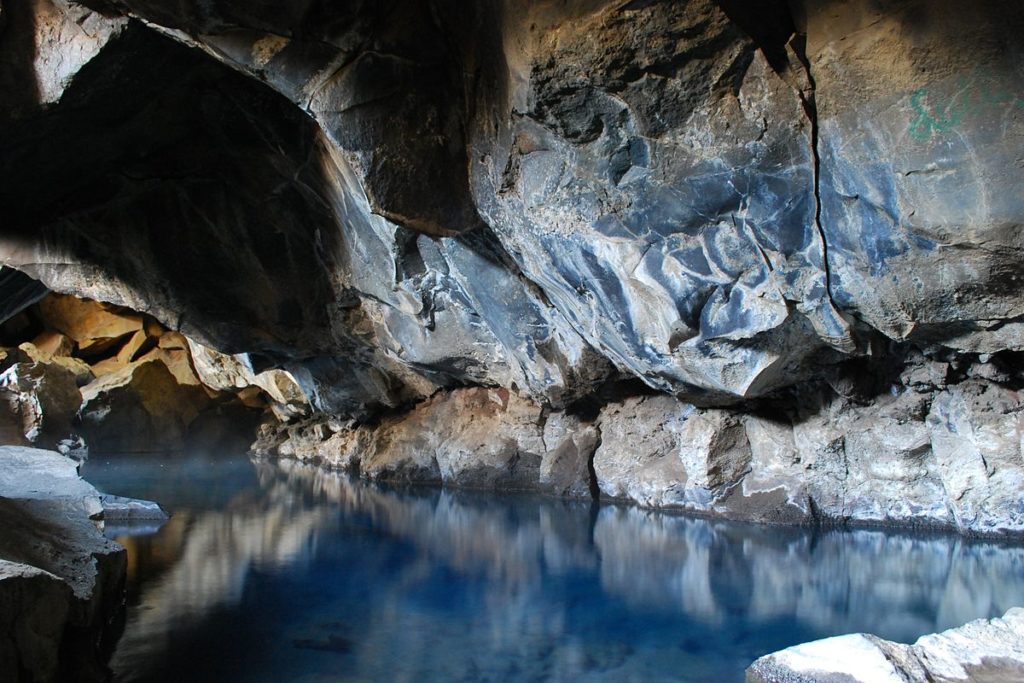 This heated pool is located near Lake Mřvatn, a volcanic fissure dominated by a flooded terrain. Like Viti above, the area was recently active (1970) and heated the water in the crater to humanly-intolerable levels. However, the area is still is still accessible for a swim during winter when the outside low temperatures help lower the heat in the pool. It is definitely worth a visit. 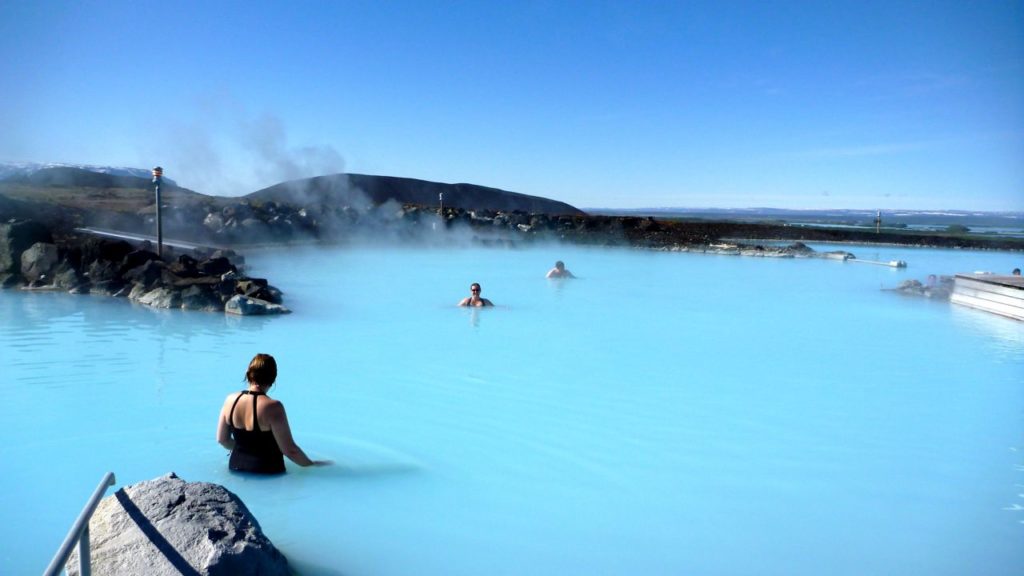 The country is certainly not short of hard-to-pronounce names. Well, this is among the best modern spas in Iceland located in the hills way above Lake Midge. The site provides visitors with spectacular views of the Northern Lights in winter away from major settlements. The nature baths also have the added thrill relatively unstable surroundings. There is also an underground bakery that is heated fully by underground steam jets. 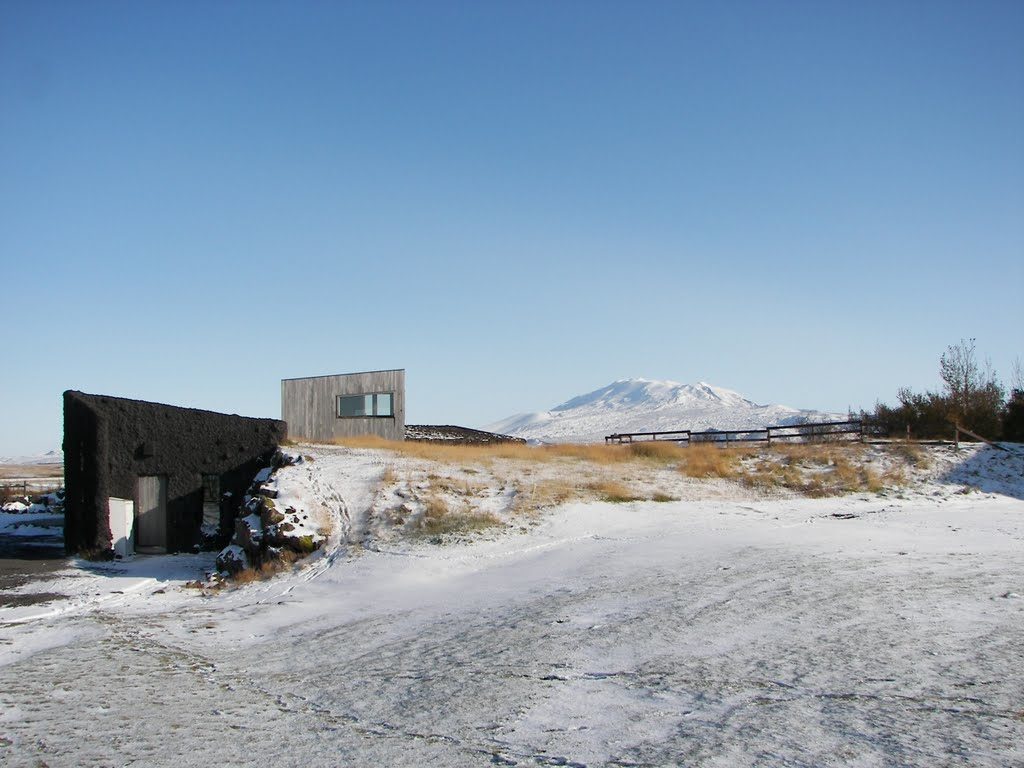 Leirubakki farm lies on the foothills of the Hekla Mountain whose regular eruptions have always wreaked havoc on the nearby surroundings. The pool at Leirubakki is however small by all means and cannot fit more than four people at a go. The background view does however more than compensate for the small pool. 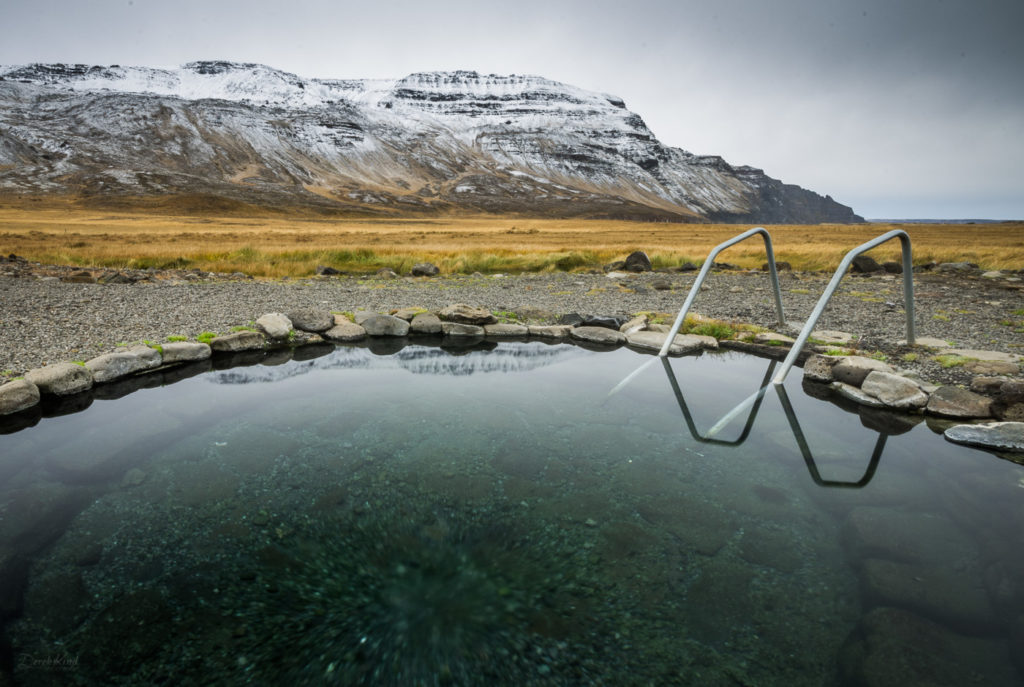 This is a circular lava pool perhaps best remembered for the Viking stories about Grettir the outlaw. He revived himself at the Leirubakki pool after swimming in ice-cold water for four miles. This was from the Drangey cliffs to the mainland. The pool is located on the country’s North Coast in a relatively remote stretch. 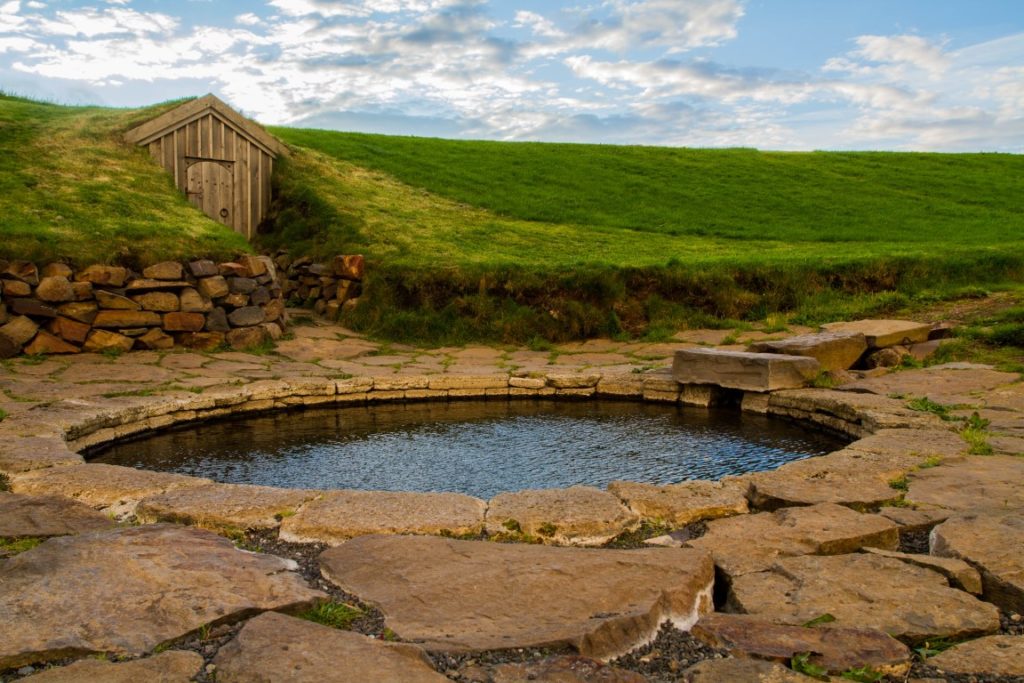 Snorralaug is well-known for its role in ancient Icelandic history. A 13th century politician –Snorri- was known to take baths in this hot pool while scheming on several sagas that took place in his time and that eventually led to his assassination. Reykholt lies northwest of Reykjavik city for those wanting the thrill of the pool associated with Snorri. 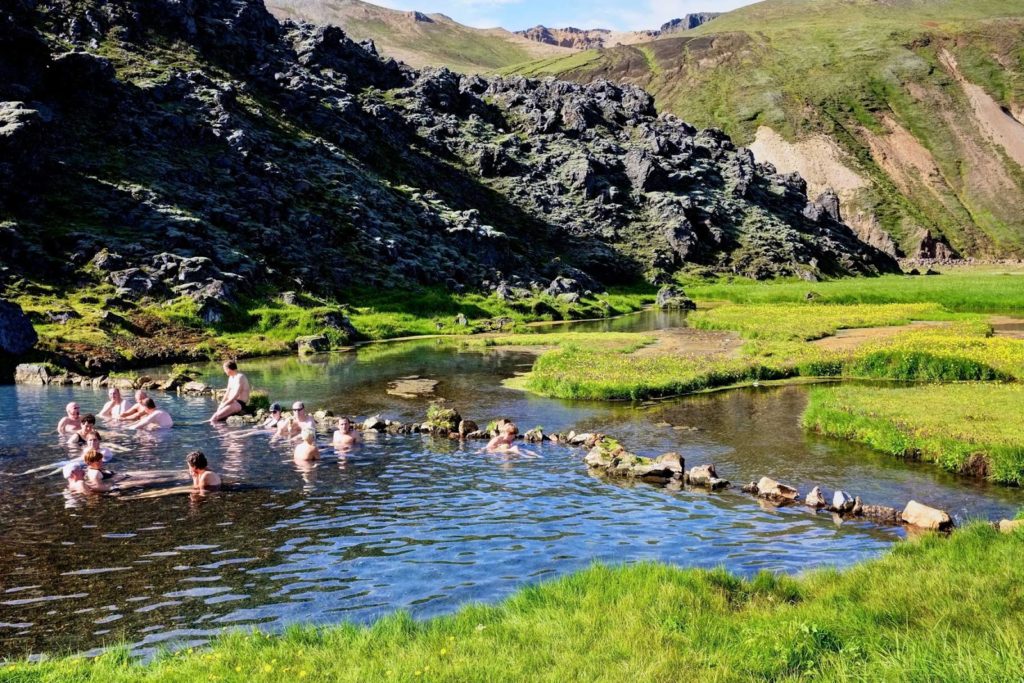 The word loosely translates to the farmer’s hot bathing pool. The pool is formed by flow from an ancient ryolite mountain. The hot water mixes with some from a different cold spring. Imagine stepping into a cold stream of water, walking further where the hot and cold streams meets and settling into the perfectly water. The only additional thing you could is settling and enjoying the dramatic scenery from the orange wasteland. 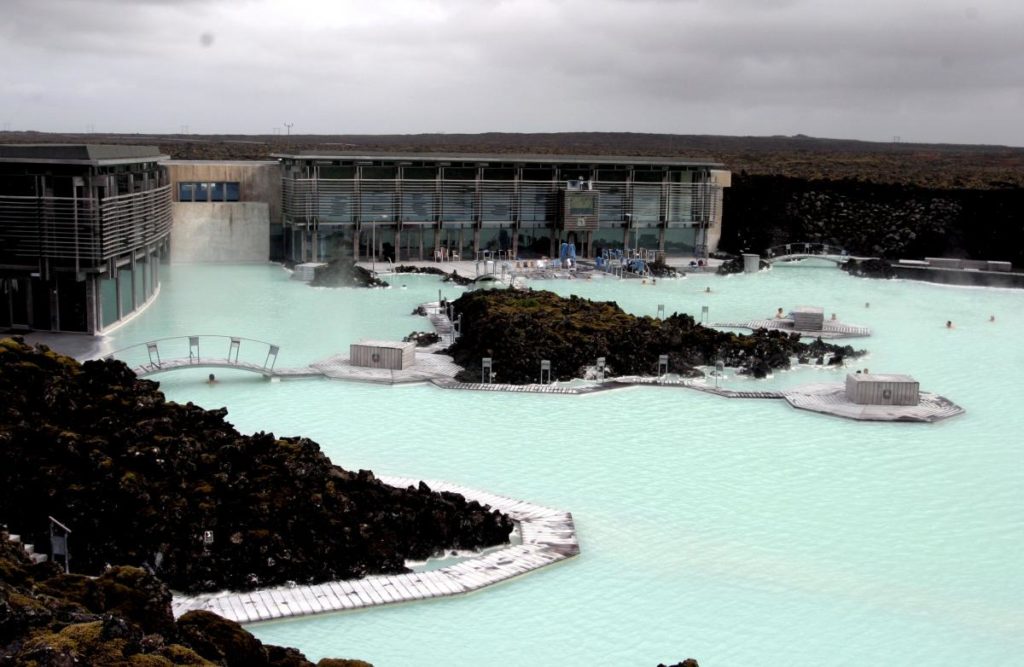 This could be by all means Iceland’s most popular geothermal-heated pool. It is also among the most expensive. The pool contains vividly-colored picturesque water that flows from a nearby geothermal station. The lagoon is also lined with fine white silt that is believed to cure many skin disorders. The flow from the geothermal station also carries with it a wide range of minerals beneficial to the skin. The lagoon also has a great on-site restaurant. 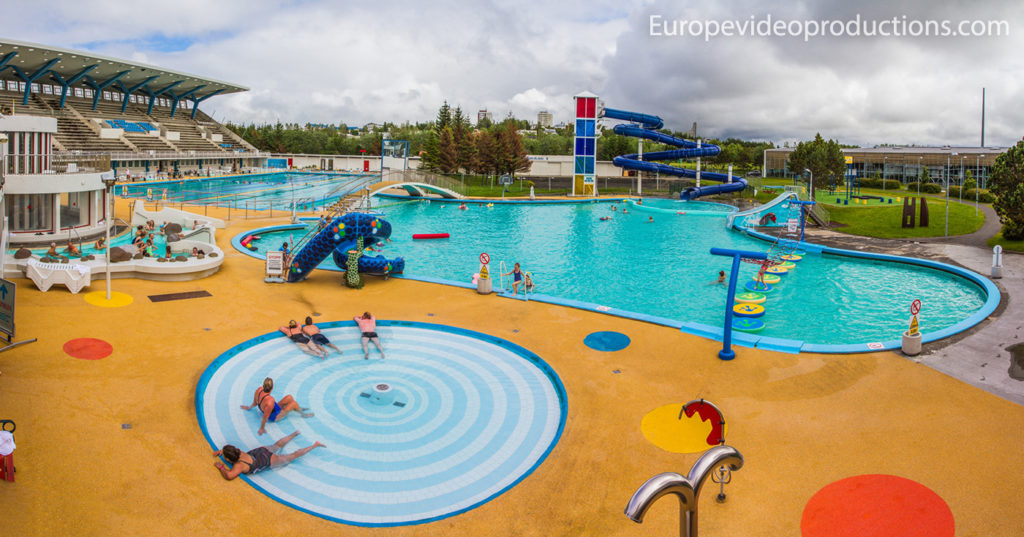 This is Iceland’s largest and most-equipped hot pool complex. With its location in Reykjavik, the swimming complex receives a large number of visitors each day to or from their daily workplaces. The complex also has indoor and outdoor pools, water slides for kids, saunas and hot tubs. 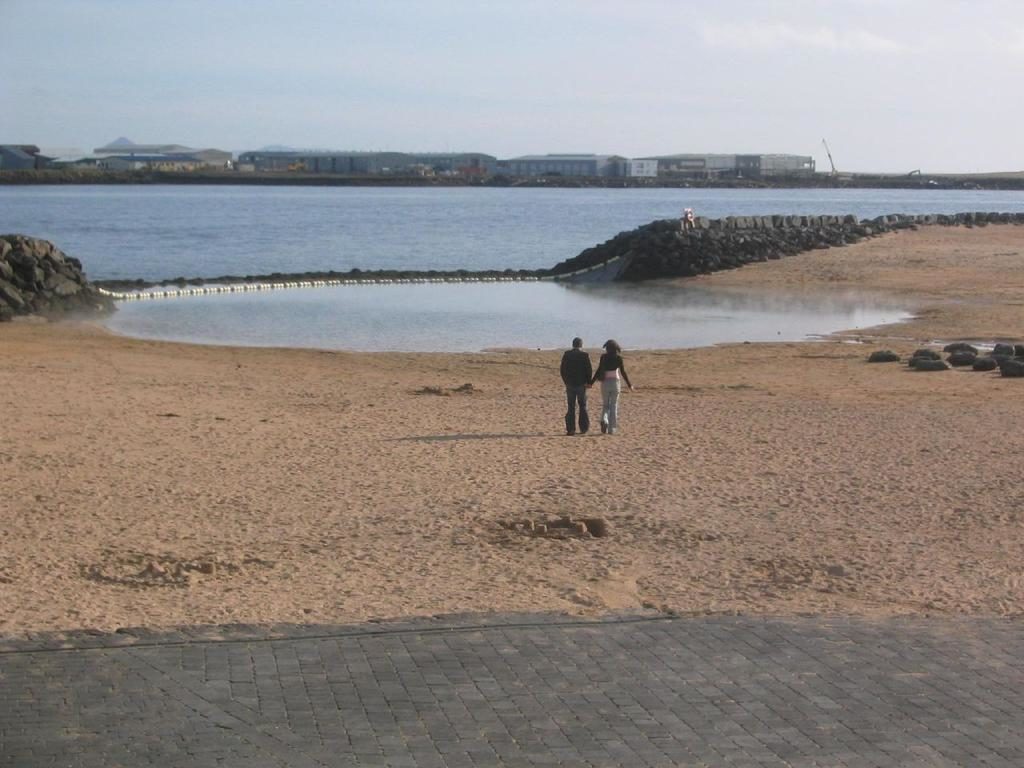 Located in the country’s capital Reykjavik, the geothermal beach features 2 hot tubs and a pool of geothermal-heated water on a breathtaking sandy beach. Keep in mind that temperatures fall pretty low here. It rarely goes above 15 degrees.